I was so excited to be a part of the cloth diapering world when I first took the position as part of the “Make A Difference” team through Mother Of Eden, the makers of Fuzzi Bunz.  My son, now nine, was just six months old. I still have all of the old documents, flyers, diapering class handouts and syllabus, and photos from my time as a “MAD Consultant.” I started my own attachment parenting advocacy business. 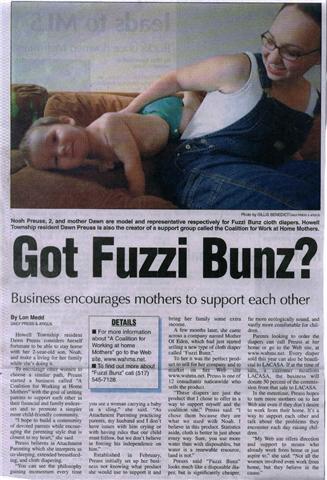 Not long after the Fuzzi Bunz name started to become synonymous with modern cloth diapers thanks to the determination of the company’s brilliant owner Tereson, the Make a Difference Program fell away to make room for the countless virtual stores that began to emerge.  Many of the original consultants, including me, were given the privilege of working in a similar setting for a company called Natural Family Boutique. This company however, covered a wide range of natural living products, just as Everything Birth did during those early days as well. I soon found a home in the world of natural parenting. I could see the trend gaining momentum though, and I knew that I wanted to be a part of the brick and mortar world of attachment parenting. I knew I wanted to pave the way in a different way.

Opening my Brick and Mortar

Just as NFB started wrapping up its consultant program, I laid the groundwork for Mama Gaia’s. I opened her doors nervously, only to be greeted by more women like myself than I ever dreamed existed in my community. All these women needed to carry the torch for Fuzzi Bunz was an introduction. Though I carried other brands and sampled countless other brands, Fuzzi Bunz was the official diaper of Mama Gaia’s. It was my most dependable diaper, my sturdiest diaper and the closest to my heart because of their impeccable customer satisfaction policy. Eventually, as I became a mother to my step-son with a disability and realized that I couldn’t raise him the way he needed within my store, I closed the doors. Saddened because I feared my adventure as a cloth diaper advocate was coming to an end, I stumbled upon Crystal’s request for a blog writer for this site. 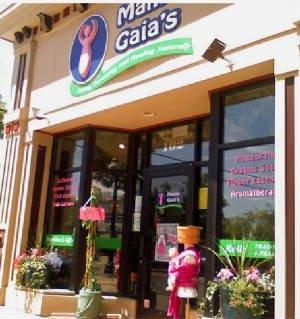 Cloth diapering, as it re-emerged into modern days, a couple of decades after the invention of the disposable created an incomprehensible amount of non-biodegradable waste, has come further than I could have ever imagined. It has been an honor to bear witness to them within my community. With the introduction of Fuzzi Bunz into Everything Birth’s inventory, I am pleased to say that now every step of my cloth diapering journey has been highlighted with my love for Mother of Eden as a company, and the Fuzzi Bunz brand of cloth diapers.