The time to potty train can be different for every kid.  When it came time to train my twin daughters, it felt more like I was the one in training.  I felt like I was prepared.  I had a plan in place and I had the supplies I needed. Potty. check. Training pants. check.  No major plans for a week. Check.  What I didn’t plan on was how emotionally challenging it was going to be. 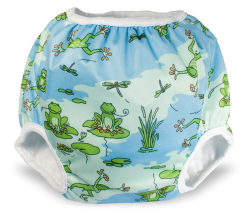 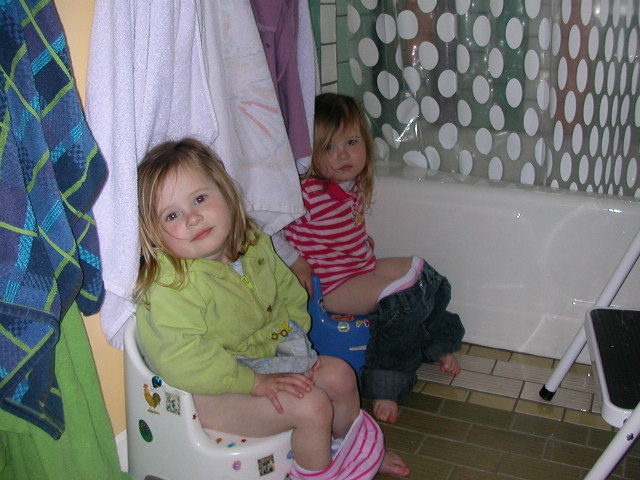 Introducing the potties was fun and exciting for everyone.  We had stickers to put on the potty as a reward for peeing, and a big jar of balloons as a reward for poops. One balloon for each poop.  Everything was progressing nicely, until it set in that this was a change that was not a one day event.  My girls started acting out in ways I was not expecting.  Looking back the kinds of things they were doing seem funny, but I was in tears the day they both stood next to their potties and peed right on the floor.  Laughing the whole time.  They thought it was a huge joke.  That was the first time they turned against me.

It wasn’t until my pediatrician suggested just telling them that we were not using diapers anymore.  Being prepared with change of clothes and just dealing with the accidents was the turning point for me.  Standing firm.  I had to be the one to make the change.

The second time around was a little bit easier.  At about 18 months my son just started climbing on the toilet.  We hadn’t even dusted off the potties yet.  I decided that if he can climb on the toilet, he was probably ready to take off the diapers.  We still did the stickers and balloons, but it only took about one month compared to the six month transition for the girls.

Being a parent requires flexibility and patience.  These two lessons are put to the test during potty training.  Compared to my friends who chose to use disposables, my cloth wearing toddlers were potty trained one to two years before their sposie wearing friends.  Thank goodness.

Here is a great article about the frugality of not using disposable training pants.