How to be the Perfect Mom

Today, I’m going to explain how to be the perfect mom.

Aw shucks… when I put it that way, it sounds absurd doesn’t it?

And yet, that’s what so many of us expect of ourselves every day, and then kick ourselves over when we fall short.  For many women, it’s keeping up with the Jones’ next door. Having the best house; wearing the best clothes; having the best car.  Most of you reading this thread can say, “I’m not like that though. I don’t want the best stuff…”

This is true, but the end result is the same. Everybody who expects perfection from themselves will fail.

Go to one of the super popular attachment parenting forums on the internet and look at the women’s signatures. Women identify themselves with how perfect of a mom they strive to be:

The difference between her and the “Jones’ Coveters” is, “Grace” doesn’t want these things for herself; she wants them for her children. She will try to the point of making herself ill to live up to her ideals because they are based in a belief structure that is beautiful.

Can’t we be more tolerant of ourselves? We’re tolerant of everyone else’s failures.  We don’t judge other people’s choices, and yet we expect total perfection in ourselves all of the time.

A few weeks ago, after a treacherously hard year for my family was finally coming to a close, we were invited on a two day trip to The Kalahari. We just wanted to make the trip easy so we could actually relax. My husband told me he only wanted us to bring two bags total. I sat perplexed for a moment wondering how I would 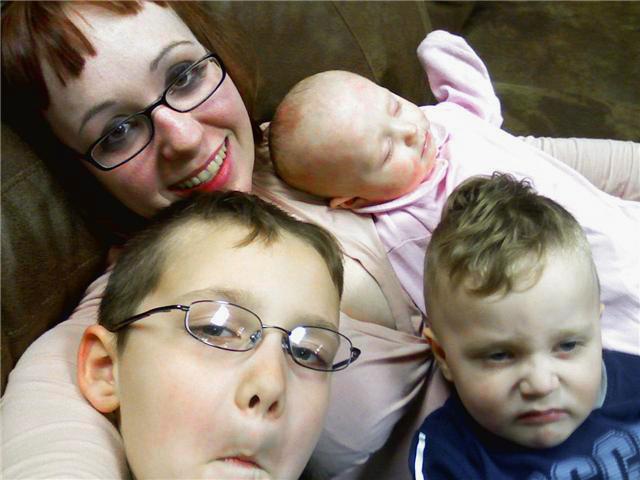 fit enough cloth diapers for two days (I used to own some Hybrids but I sold them when I decided I liked my Fuzzi Bunz better. “Those would have been perfect,” I thought to myself.) and clothes and food for a family of five into two bags.

So, first, in perfect form, I ransacked my house for the largest bags I could find.

And not even kidding you, I bought some disposable diapers: Enough for the entire two day trip.

There I said it.

I chose to decide that it was just fine if I used disposables for two days so that we didn’t have to try to keep track of diapers and lug the kids along with a huge bag around the greatest water park resort in the world.

At first I felt guilty, and then I chose to be as gentle on myself as I would be with a friend.

We are so gentle with our children.  We need to be gentle to ourselves.

Some days all we can do is “Just keep swimming.”

We’ve all been there. We’ve just all mostly kept it quiet.