Most adults don’t fully understand the awesomeness that is snow, until they have had the opportunity to witness it through their children. I had nearly forgotten what it felt like to wake up as a child and see snow outside on the ground. The more the better!

Then, I had kids and it all came rushing back.

A backyard covered with snow is the greatest thing on the planet… when you’re little.

If there’s snow on the ground, kids will (and have) worn makeshift gloves.

During one of the first snows of the season this year, my son did just that. Then, he headed out… to brave what the boys call “Death Mountain.”  That’s its official name. It’s also known as “The Widow Maker” and many other terrifying names.

It’s the hill in our backyard.

I could explain what happened.

Then I thought, given the absolute comic relief it brought my husband and I, I should tell the story in its most accurate medium.

Today’s blog is a comic strip: 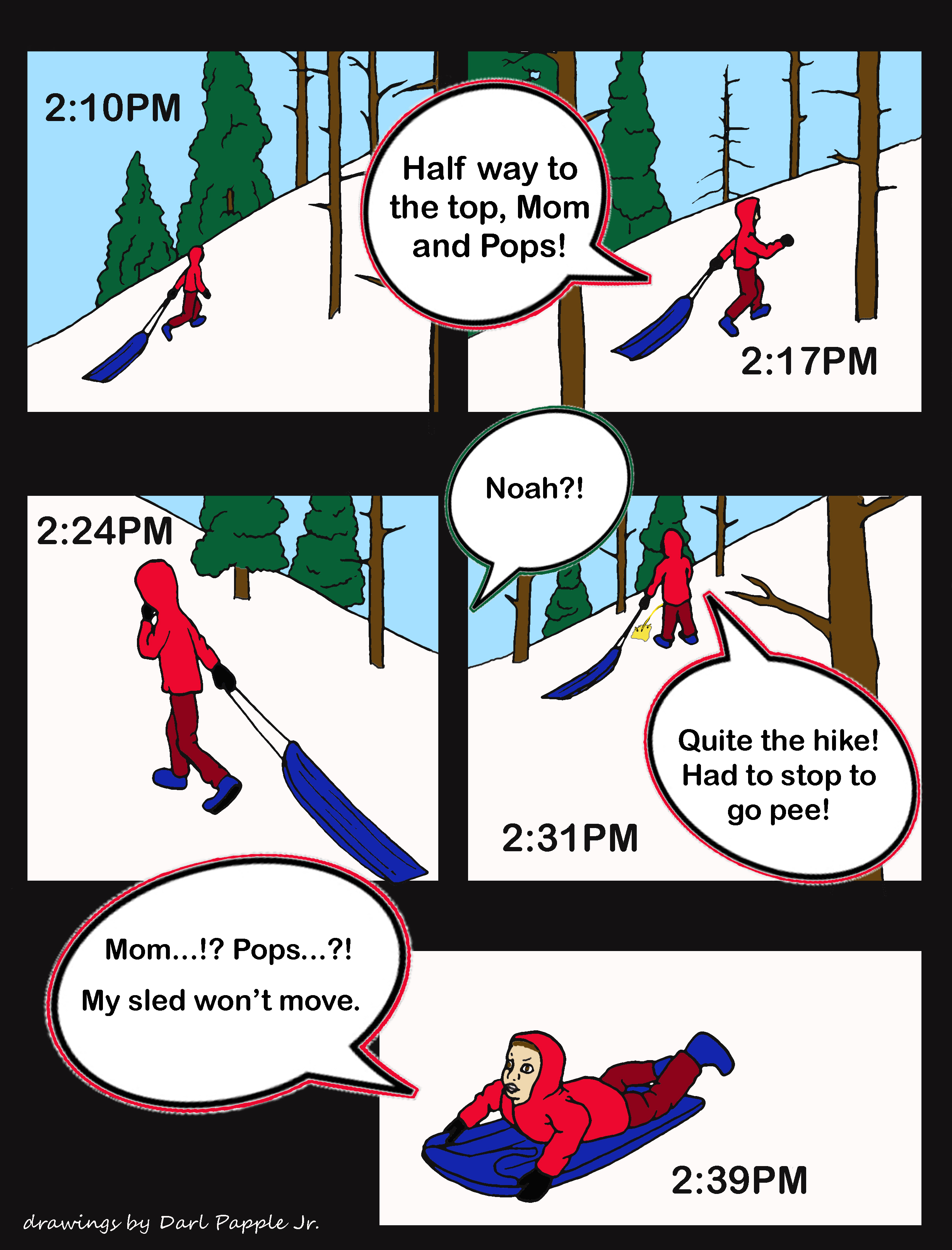