One of the things I find most adorable about toddlers is that they can think for themselves, except that they can’t think things all the way through. I used to have dreams where I would be walking to the bus stop, look down, and realize, I forgot to put on pants.  It was always calming when I was able, at seven years old, to comfort myself knowing that that would never actually happen. I would never forget to wear pants. A recent event; however, suggests to me where those dreams of mine may actually stem from.

The other day, when my husband and I were bringing groceries into the house, I heard Ayla from inside announce, “I tummin outtide too!” If you aren’t fluent in Alyaic, that translates as, “I’m coming outside too!” We quickly told her that she couldn’t because it was cold outside and she didn’t have her coat on or anything. Then, we continued on to get more groceries, leaving her in the house, amazingly calm given that we just shot down her hopes and dreams for the moment.

As it turned out though, in her mind, no shooting down of hopes and dreams happened. She thought that she was granted permission to come outside if she got herself dressed for it. I know this because we found her outside of the door on our return trip, and found her very proud of herself, announcing that she got her coat on all by herself: 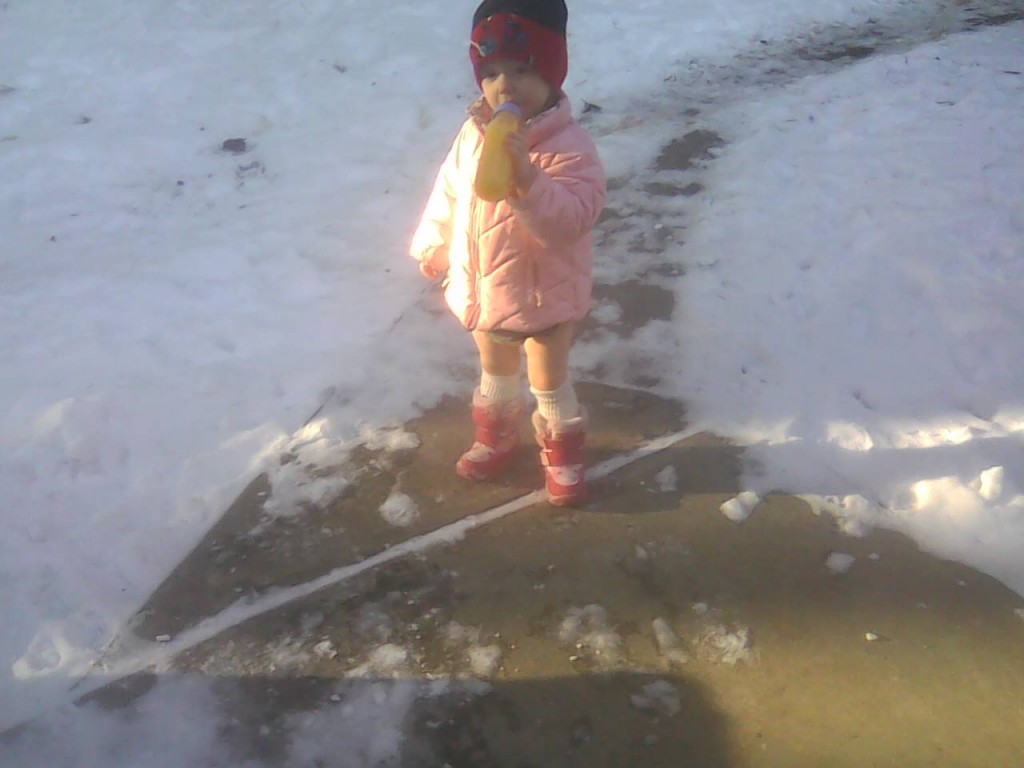