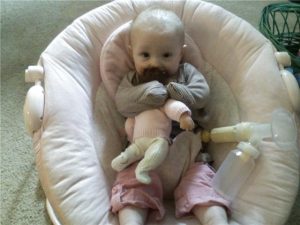 Heather, the creative mastermind behind our web design sent me a link. It shows the ingredients in both breast milk and formula.

That link can be found here.

I don’t think that anyone could possibly look at the chart depicted on that website and attest that formula is as nourishing as breast milk. It’s just not possible. The nutrients found in breast milk are unfathomably greater than those found in formula.

Can we have an open, honest discussion about this?

I only ask this: We leave our judgments of each other at the door while we discuss this heated topic. Let’s for once, not let the formula verses breast milk debate get heated.  I’m not saying this out of politeness. I say it, because that might be part of the problem.

When I ran my natural parenting store, I noticed the less passionate I came across, the more palatable people were to new or conflicting ideas. If I didn’t push the topic of cloth diapering or breastfeeding, people were more inclined to at least entertain the idea.

Breastfeeding is personal, so it seems likely that an effective strategy would be passive activism.  Or maybe less activism, and more education. More patience. More understanding. More support.

I challenge each of us who are passionate about breastfeeding to look at how we portray breastfeeding. Do we act as though it’s natural or do we act like it’s something that makes us awesome?

The fact is: Breastfeeding is natural.

Breastfeeding provides our children with the most nutrients and health benefits possible. That’s undisputable. It is disputable whether breastfeeding makes a woman more awesome than the formula feeding mother. So, let’s stop disputing.

Maybe it’s the fight that separates us so much. Maybe it’s all the debating that makes breastfeeding seem so unattainable, so uncomfortable, and so different.

Many new moms, uneasy about breastfeeding, attempt it only to give up saying:

Maybe it doesn’t work out for them because they hear passionate activists, “Super Moms,” in their head saying how imperative it is to breastfeed or how proud they are of their breastfeeding careers. Maybe they hear these concepts and get insecure or they become overwhelmed with all the debating and inevitably resolve just to bottle feed. It’s impossible to breastfeed with all that internal conflict. You have to be relaxed. It has to be between you and your baby. It can’t be between you, your baby and the rest of the world. The rest of the world just ends up being wedged in between you and your baby. The rest of the world has to stay out of breastfeeding for it to work right.

So, let’s have a new kind of talk.

Let’s help new moms see beyond the debating and competing.

Did you bottle feed or breastfeed? Why?

Before you start typing, relax for a minute and genuinely reflect on your answers. I’m not asking for “Breast is best” comments or “Breastfeeding is gross.”  I’m asking for genuine reflection.

Did you bottle feed or breastfeed? Why?

I chose to breastfeed for a couple of reasons. My mother breastfed. I didn’t give breastfeeding much thought when I was first pregnant. In fact, when I did think about it, I got a kind of uneasy, icky feeling in my stomach. I felt I was supposed to breastfeed, and so I decided I would. That baby was stillborn, through no fault of my own. The only real comfort I felt in her death was knowing that  I didn’t cause it. The next time I was pregnant, I was determined to do absolutely everything perfect. I was scared something would eventually happen to my son and I wanted to ensure that if I somehow lost him too that I could again walk away with the knowledge that there was nothing I could have done differently. I breast fed him until he was almost two and weaned himself. With my daughter, I breastfed her for six months, until I was hospitalized. I pumped each day I was in the hospital at all the regular times. When I finally got home, she would not go back to my breast. She was hooked on the bottle. I could have pumped, but I was emotionally drained, and I gave up in a fit of anger.