More than 23 percent of U.S. households with children did not have enough money to buy food in 2010. 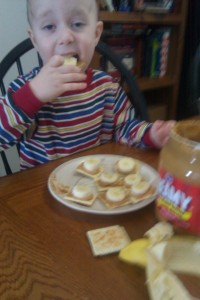 That’s from an analysis by the Food Research and Action Center. They actively fight against hunger by forming committees and trying to introduce new legislation. Their goal is to ensure that children from families with low incomes are getting the food they need to be healthy and productive.

When a person is hungry, their most basic need is not met. Not only is this emotionally devastating, but it’s physically destructive on a growing body as well. Improper nutrition causes sickness and disease.

Nutrition is a person’s fuel.

And yet, in August 2010, Congress passed the Federal Aviation Administration Bill, with amendments, which includes aid to states and funding for teachers’ salaries and Medicaid. Those are great causes, but the money comes by way of reducing  food stamps benefits to generate $11.9 billion to pay for items added to the bill.

I’m glad that teacher’s salaries are being viewed as important, because they are.  I’m glad medicaid is being funded because it’s important. At the expense of more children going hungry though?  What good is an education if you can’t use your brain’s potential in the first place because you’re nutrient deprived?  Extra medicaid funding wouldn’t even be needed if those same kids were eating wholesome foods and enough of them.

Nobody needs to eat processed junk, laden with chemicals and sugar. But our public money certainly doesn’t need to fund unhealthy choices.

WIC is a similar program that offers assistance and has a better idea. If the same funding that went into food stamps was used on a system more similar to WIC, less money would need to be spent to guarantee even better nutrition. Better nutrition would mean better focus as school, less discipline issues, and less health care costs.

If WIC can do it, then the food assistance program can do it too.  If there are three children in a house, similar to how WIC works, their ages would be taken into consideration when evaluating their nutritional needs.  Families would then be allowed a certain amount of money to be used on fresh produce just like how WIC does. Families would be allowed to choose from whole grain breads that do not use HFCS. Families would have a certain amount of money set aside to choose from various meats cheeses and beans. Children would get real fruit juices instead of “Juice Drinks.”  The option to buy Lunchables would not exist.  That’s a few dollars going to one single, tiny, over-processed “meal” that could be spent on an entire dinner for the family of a healthy (perhaps protein enriched, vegetable based or omega oil fortified) pasta covered in a healthy marinara sauce.

Poor parents might not even realize how foods like Lucky Charms waste their food stamp benefits and deplete their children’s health. A little guidance would save the entire program money right away because less processed foods are cheaper and also in the long run because healthy foods mean less illness that medicaid eventually has to pay for anyway.

How do you feel about this topic?  Do you agree that at a time when a quarter of our nation’s children are hungry, perhaps the system could learn a thing or two from our WIC programs?