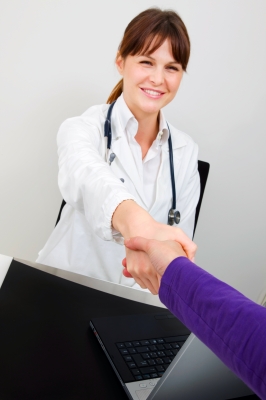 The Archives of Internal Medicine just released the results of a survey of US primary physicians:

Forty-two percent of US primary care physicians believe that patients in their own practice are receiving too much care; only 6% said they were receiving too little. The most important factors physicians identified as leading them to practice more aggressively were malpractice concerns (76%), clinical performance measures (52%), and inadequate time to spend with patients (40%). Physicians also believe that financial incentives encourage aggressive practice: 62% said diagnostic testing would be reduced if it did not generate revenue for medical sub-specialists (39% for primary care physicians.) Almost all physicians (95%) believe that physicians vary in what they would do for identical patients; 76% are interested in learning how aggressive or conservative their own practice style is compared with that of other physicians in their community.

So, it seems like we can all finally agree on something.

I also have to agree with their conclusion that:

“Malpractice reform, realignment of financial incentives, and more time with patients could remove pressure on physicians to do more than they feel is needed.”

We can only hope somebody is listening…

Everybody who’s important in the issue of healthcare wants less intervention. What do you think we should do to correct this?

What if you were taking the survey as a patient or the mother of a patient? What would your results be?