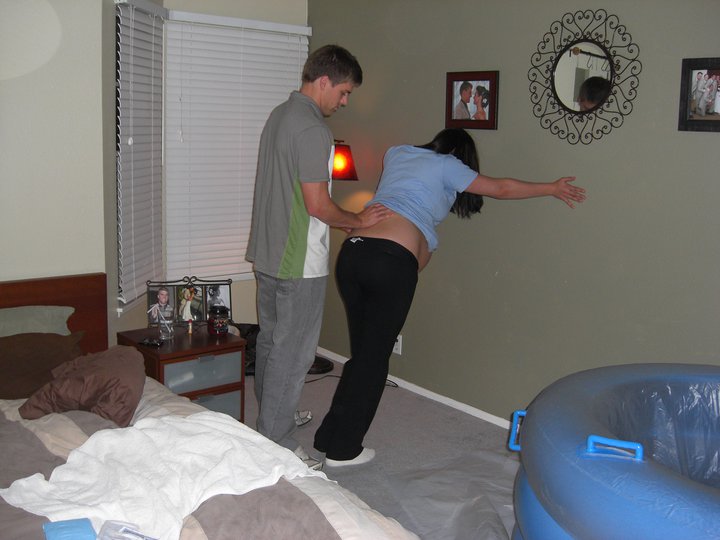 I need to preface this entire post by saying, I gave birth all three times in a hospital and a doctor assisted my births. I’d love to tell you that next time I will deliver the old fashioned way, with a midwife by my side, but there won’t be a next time. My tubes are tied.  So, I’m basically I gigantic hypocrite. In my defense though, I know a lot of things now that I didn’t know then. The medical community as a whole knows a lot of things now that they didn’t know then too.

Rising health care costs have urged new studies. I imagine a governmental committee staring at their accounting book unsure of what to do, when a woman (secretly crunchy) at the meeting musters up the courage to say what she’s been holding back for years, “Well, midwives are cheaper… and technically safer.” All the men turn to look at her annoyed, when the committee chair person says, “Yes… I remember a woman sending me some information about that once.”  Whammo…  A study is funded.

It probably didn’t happen that way, but whatever. The point is…

According to the CBC News, a Canadian study by Dr. Patrician Janssen from the University of British Columbia found that the rate of death per 1,000 births in the first month of life was:

The Canadian Medical Association Journal declared in their 2009 September issue that planned midwife assisted home births have statistically better outcomes than hospital births. The researchers  in the study examined over 2,800 planned home  births that were assisted by  registered midwives over the course of four years and compared the statistics to hospital births in the same area of the country.

But those statistics shouldn’t be surprising. What may be surprising is that the home birth group also experienced fewer incidences of:

I know doctors would have you believe otherwise, but in actuality, registered midwife assisted home births are less likely to result in death than hospital births.

If you want the specifics, the study looked at 2,889 home births attended by regulated midwives, 4,752 planned hospital births attended by the same group of midwives, compared with 5,331 births in hospital attended by a physician. All of this happened with the same demographics of people to ensure the truest data possible. None of the groups included high risk pregnancies, trying to keep everything the same.  A high risk pregnancy would automatically be referred to a hospital for birthing.

I’m not saying that infant death cannot occur in a home birth setting, but this study shows that infants are conclusively less likely to die with a midwife assisted birth than with a hospital birth.

Of course, if your insurance doesn’t cover midwives, then that last statement isn’t really true for you for all intents and purposes, but midwife assisted births being cheaper than hospital births may end up being our weapon as we push for birth reform.  Get a copy of the study. Send it to your insurance agency.

You never know when one letter is going to reach the right hands at just the right  time.