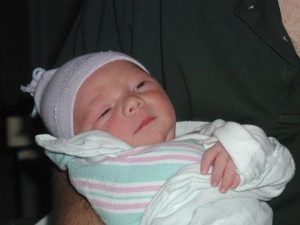 My son was born in 2001. I didn’t really want to circumcise him. It just didn’t seem nice. It didn’t make any sense to me either. Why would our boys be born with something that they didn’t need?

Our doctor pointed out the appendix.  We are all born with those, yet they are basically useless.  “That’s a good point,” I thought. Except, then I wondered why people didn’t just remove the appendix at like 6-7 years of age to prevent the life threatening issues of appendicitis since they remove the foreskin as a preventative?

Besides, I now know that the foreskin is the home of over 20 thousand specialized nerve endings. It’s doubtful the same could be said of the appendix. But, I’m certainly no doctor.

My doctor said that, if left intact, you have to pull back the foreskin and the area often gets infected.  He said it happened a lot. I didn’t really want there to be infections.  I didn’t know that my doctor was wrong about the forced retraction. I didn’t know that you’re not supposed to retract the foreskin until it separates on its own and retracts naturally. That might have made a difference if I had known the truth about it. I wish I had read this before deciding to circumcise my son.

And although I’ve since learned that the foreskin is fused to a baby’s penis to prevent debris and bacteria from getting into the urinary tract of an infant,  my doctor had other really good selling points though too, so it might not have made a difference had I known.

“There are basically no complications.”

Our son’s doctor said that  although the waiver says that there are possible complications from circumcision, that’s “just a legal thing the hospital insurance companies make” them do.  He explained that complications pretty much never happen.

When my son was only a couple weeks old, his circumcision led to adhesions. Apparently forced retraction of intact boys also can lead to these. So, I took him to the pediatrician on  two different occasions. Both times, the ped simply yanked the adhesion apart while my son screamed bloody murder and continued to scream for the following ten minutes until I managed to breastfeed him to sleep both times. Both times after he fell asleep, I felt a tremendous lack of control and fear for my baby. Both times, I waited until after he fell asleep to pick up sobbing where his screaming left off.  The doctor said I was being too sensitive. He said this kind of thing happens all the time.  I felt like I was in an insane asylum for a moment, because on the day he was born, the doctor said that complications basically don’t ever happen. I asked him in my head, “Is this NOT a complication?” Apparently, most women just come to accept that this is just part of having a boy.  Look at this thread in a mothering forum where pointers are swapped and stories exchanged about adhesions that often happen when a boy’s foreskin is either cut off or forecefully retracted prematurely.

“In my practice, as a pediatric urologist, I manage the complications of neonatal circumcision. For example, in a two year period, I was referred >275 newborns and toddlers with complications of neonatal circumcision. None of these were ‘revisions’ because of appearance, which I do not do. 45% required corrective surgery (minor as well as major, especially for amputative injury),” explains one Pediatric Urologist (a medical doctor) in an article that goes into more detail here.

If I had known that kind of complication was as common as it is, I probably would have put my foot down. Yet, maybe not, because the doctor still had additional arguments for why we should circumcise our son.

Circumcision can reduce the risks of STDs (like HIV)

I didn’t care too much about this because my son wasn’t going to be sexually active for many years. It seemed to me that it didn’t make any sense to take a risk with a newborn baby when he would be at his most vulnerable for something that he wouldn’t be at risk for for many years. As it turned out, as Georgetown University’s Dr. McAllister points out in this video, the studies that claimed circumcision prevents STDs were seriously flawed (explained again here by different researchers) and hence have questionable results anyway. Besides, acting like this is so effective might lead a young man into a false sense of security, don’t you think?

Our doctor knew that I had suffered a still birth the year before my son was born. He said that I needed to be brave and do what was right for my child to protect him. I thought that’s what I was doing in not wanting to get him cut. My doctor pointed out though that my unfounded fears of circumcision would be emotionally scarring for him. That doctor was obviously unaware of the trends and predictions though, because even ten years ago, when my son was born, the rates of circumcision in America were drastically declining as you can see if you read through to the bottom of this article. I have to wonder though, even if it weren’t declining so rapidly, just how bad would those emotional scars be? Would they be worse than the physical scars left from repeatedly ripping apart his adhesions?

Yet, in the end, being afraid of making a decision based on my own fears of my son dying from his circumcision was the swaying argument. My doctor and my ex-husband won. I didn’t want to be a coward. I wanted to be strong for my son. Who was I to say argue with a pediatrician? I cried and told the doctor I didn’t want to risk my son’s life. He assured me that in reality, babies do not die from circumcision. So, I conceded.

Oh, but just one more thing…

In retrospect, would indulging my fears have been so bad? Would protecting my child from even the slightest risk really have been such a character flaw?

Because I bet Riley’s doctor told his parents all the same things: