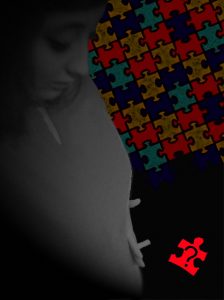 Look, I don’t want anyone to think that I think it’s cool for people to smoke when they are pregnant. There’s a whole host of issues that smoking can cause a developing fetus.  Normal cigarettes are laced with poisons and pesticides. So, please no one think that I support smoking in any way at all.

That said, the reason for this post is because I know what it’s like to give birth to a child with a problem and wonder if something bad that I did caused it. That guilt just doesn’t seem to go away. It’s absolutely haunting. In the situation of autism, we have no definitive cause, so it’s easy for a mother to wonder with guilt. Past studies of maternal smoking and autism have had mixed results, and that most certainly have left mothers wondering if they caused their child’s difficulties with something as preventable as smoking.

That is why I am sharing the results of this newly released study:

Dr. Brian Lee an epidemiologist at Drexel’s School of Public Health, and his colleagues analyzed data from Swedish registries for 3,958 youngsters with autism spectrum disorders, as well as a control set of 38,983 children born during the same period who did not receive an ASD diagnosis. That is a huge study and its large numbers make it an even more significant study.

Smoking during pregnancy is still a health risk for the baby, but at the same time, guilt never helps anyone. Let’s face it, a mom to a child with autism has enough to think about.

Special thanks to Breanna Lynn Marcucci for the photo help.