I understand that there are still some moms (and even pediatricians) who worry about the Belladonna in teething tablets. I’ve had some mothers even send a frantic private message when their baby “accidentally” ate an entire bottle of Hyland’s teething tablets. In reality, I’m sure it was deliberate on the part of the child because they taste so dang good. The only “accident” was leaving the bottle where the baby could reach it.

A bottle of Hyland’s is right around seven bucks. That bottle should last months… That’s seven bucks out the window.

I guess seven dollars isn’t really that much actually… I’m just being a sassy pants. I know the real concern is for safety. Some random know-it-all told you that Belladonna is one of the most toxic substances on earth and Hyland’s teething tablets are dangerous, huh?

Well, fear not. If your child ingests an entire bottle of Hyland’s your baby will be completely fine.

So, let’s pretend that your baby DID ingest an entire bottle of Hyland’s and put it in a visual graph for better comprehension: 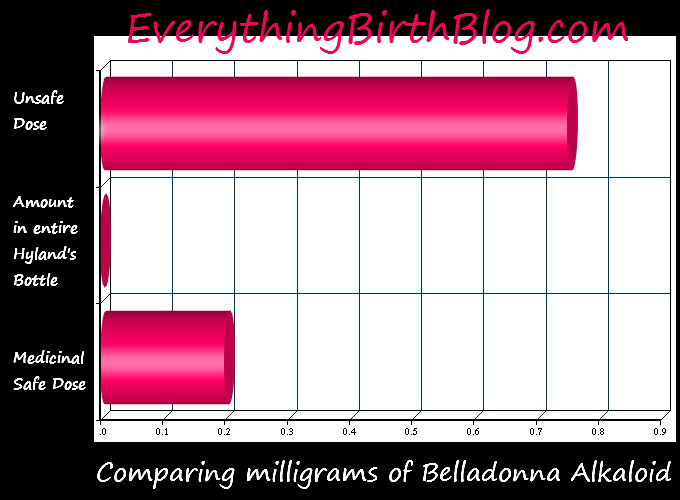