Earlier this week, the US Department of Health and Human Services announced that a study funded by their own National Institute of Health (NIH) suggests that vitamin D may be a possible treatment for a common gynecological condition. The human equivalent of a mere 1400 IUs of vitamin D shrunk uterine fibroid tumors in rats that were genetically predisposed to this non-life threatening, but still life altering, condition.

Uterine fibroid tumors, which grow around the wall of the uterus, are the most common noncancerous tumor in women. This condition plagues around 30% of women aged 25 to 44 and is associated with infertility, miscarriage and preterm labor. Uterine fibroid tumors also cause lower back pain, heavy bleeding, and often debilitating menstrual cramps. 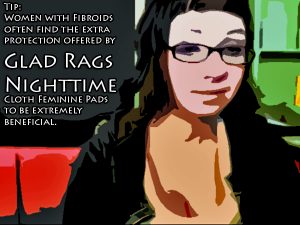 This demonstrates yet another possible benefit of vitamin D… which as it turns out isn’t actually a vitamin at all. Vitamin D is a hormone. The importance of getting adequate amounts of this crucial hormone can not be stressed enough in the area of women’s health. Of course, the suggested amount to take as a supplement will vary depending on your race, where you live, your diet, and how much sunlight you are exposed to, but you can find more on dosing information at the Vitamin D Council website.