I was lucky with my first son’s eating habits. He ate everything I ate. He didn’t have any allergies and his palate was very accepting of new foods, especially if you called them “gormet.” My younger two though… I swear they’d rather starve than eat something that is new, healthy or overserved. Lately, the little ones have been rejecting coconut milk. I panicked because that is one of the best things they eat. It is loaded with brain enhancing fatty acids as well as a whole host of other benefits.

I must’ve called it “one of the most perfect foods” one too many times for my argumentative little ones, because they suddenly stopped drinking it.

So, here’s a little too much information for you… (I’m always willing to share too much information with you wonderful subscribers of Everything Birth Blog) I was sitting on the toilet today, brushing my teeth and trying to pee at the same (limited) time. Ayla, my littlest one, threw open the door holding the box of coconut milk that was in the fridge minding its own business when she found it. She handed it to me, “Mom, I don’t want this,” she exclaimed in the cutest little annoyed voice you can imagine. Then, she stormed out as quickly as she entered. With the toothbrush hangingout of my mouth and toilet paper in my right hand, I held the box of coconut milk and glanced at it… disappointed. Then, I saw it! On the box it talked about all the ways you can serve it! Steamed, cold, whipped… WHIPPED?

I went to the kitchen, got out my hand-held whipping machine (Seriously, I have no idea what that little gun with the two spinny-wisks that you attach to the bottom is called.) and I whipped and I whipped that wonderful coconut milk until it looked like a Boston Cooler, all frothy and light. Then, I poured it into two fancy glasses and called my kids. I told them that I made them a treat and handed them the glasses.

Quickly, I heard, “Yummy, Mommy! What IS this!?” and “This is the best treat ever! What is it called?”

To which I responded, “I’m not telling.” 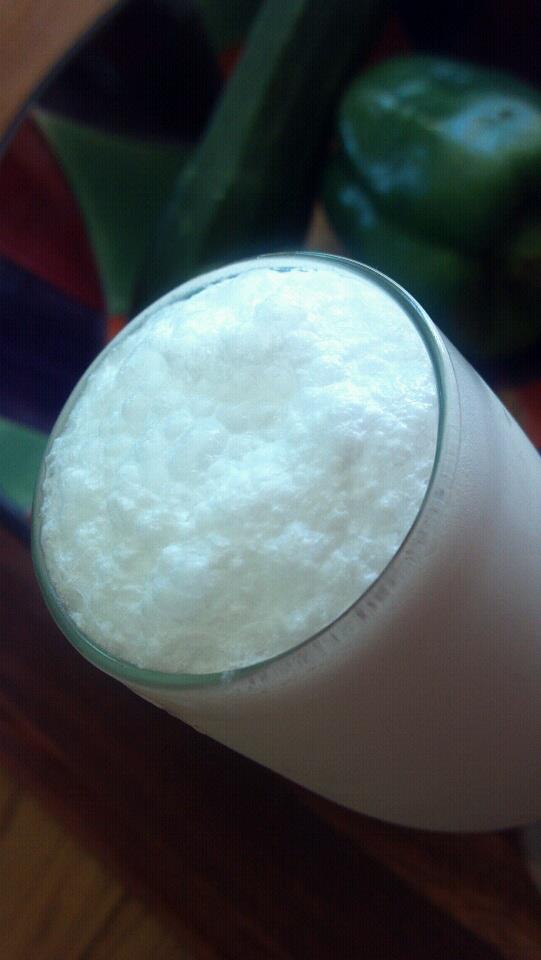 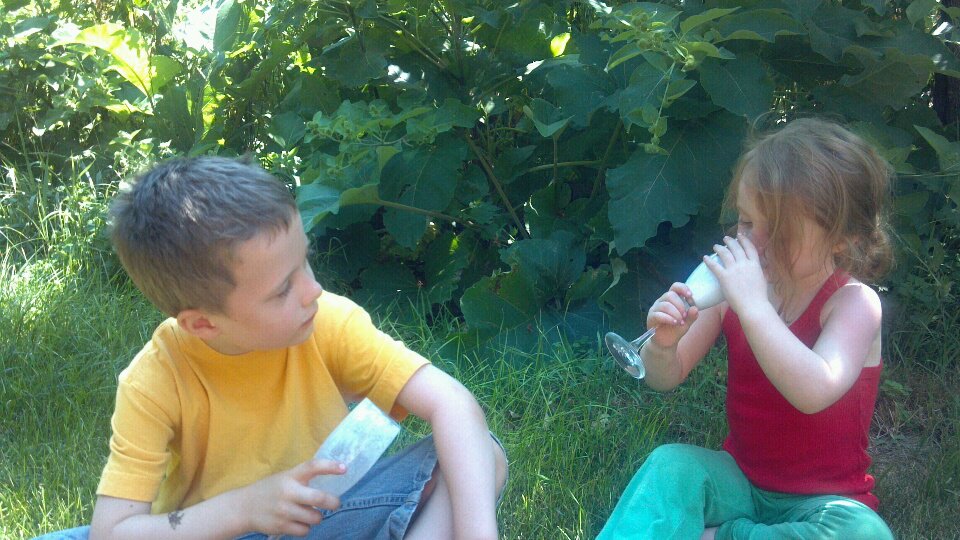