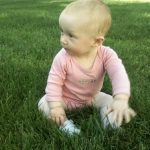 The Food and Drug Administration said Tuesday  of this week that baby bottles and children’s drinking cups could no longer contain BPA.

Is that supposed to prove to us that they are trying to keep us safe? They didn’t DO ANYTHING. The industry already did that a few years ago. How about addressing the BPA in cans of soda or cans of veggies or cans of most everything else?

The FDA themselves say that this ban doesn’t mean it’s reversing its opinion on BPA, but that its choice to ban them in baby and children’s drinking utensils is in part “to boost consumer confidence.” I don’t know, maybe this announcement will work for some people… Maybe it will make them feel like the FDA cares about our kids more than about the corporations that it is supposed to regulate.

Call me ungrateful, but…

Do you see where I am coming from? Does placing a ban on something that isn’t really even made anymore even matter?