Most of us who have decided to give up artificial colors know that red is the worst culprit when it comes to food coloring induced behavior problems and hyperactivity.

When I was pregnant with my son, there were a few times I couldn’t feel him move and called my OB. He told me to drink red Kool-Aide because he knew that that would get the baby moving. He was right! In March of 2011, the FDA heard testimony and listened to a panel of experts to decide if they should label artificial colors as worsening behavior problems like hyperactivity. They already labeled them in Europe and it just ended up causing manufacturers to ultimately start using more natural colors, do avoid the disturbing warning label. Ultimately, our FDA decided to do nothing though, of course.

I, personally, know that artificial colors have this effect. I’ve seen it in other children besides my own and I know that this is a fairly common issue. My son has a disability that makes food coloring dangerous, and he has a doctor’s note for it. Last year, his teacher just made sure that all of their parties were dye free. The teacher reported that once they started leaving the fake coloring out of their parties for my son, the whole class responded better than in her previous years. They still had tons of sugar, but they didn’t have the food dye.

I can liken the intensity of my children’s “food coloring tantrums” verses their “normal tantrums” to the difference of color intensity between these candy canes made from artificial food coloring: 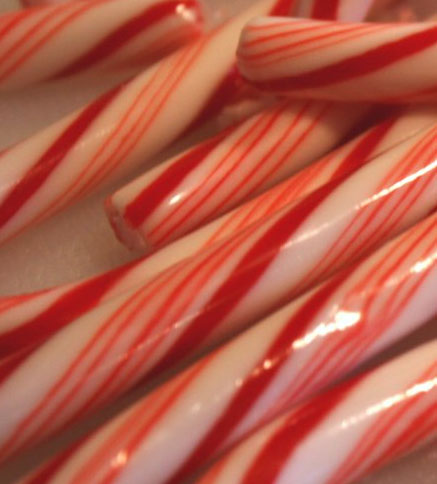 and these candy canes made by Tru Sweets with natural coloring:

The more intense the color is, the more intense the tantrums and hyperactivity are. That is what I have witnessed myself. I will gladly settle for less intensely red candy canes if the end result is a more enjoyable Christmas Season.