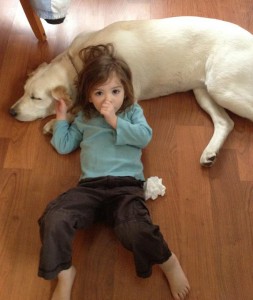 OK,  I actually have no idea how make a child to kick that habit. I still remember having that habit though and I still remember the tremendous pressure that I felt as I was urged (by what felt like every human being on earth) to give up sucking my thumb.

I sucked my thumb until I was four.

Since a little child can not fully express what it is like to go through this process, I will explain how it feels from my own recalled perspective.

It was very upsetting for me. My parents weren’t even that pushy about it either, but I can recall knowing that I was expected to stop sucking my thumb. I heard and comprehended all of the adult reasons for it. I was included in discussions about how we should get me to stop. I was offered rewards. I had something nasty put on my thumb. The works.

I felt stress over this pressure that made me only want to suck my thumb more or in secret. It almost seems to me that if my thumb sucking had been not discouraged because of my age, I might not have continued to do it as long as I did. The feelings I had were of the same magnitude as the feelings I had when, as an adult, I tried to quit smoking because other people shamed me into quitting. This stress I felt as a child over giving up thumb sucking felt nearly identical to the stress I felt when I attempted a smoking cessation program. Just as I remember sucking my thumb in private, I often ended up hiding behind a building after quitting smoking, hoping no one would see that I was unsuccessful.

Now, I’m no psychotherapist, but this can not be considered a positive situation in either case.

The more people wanted me to quit, the more I felt I needed it.

If a child’s sucking habit is on a pacifier, a parent could successfully just remove all of them from the house and call it a day. That’s not to say that thumb sucking or finger sucking wouldn’t promptly follow in its place, but it often does the trick. Thumb or finger sucking is a different situation though. You can’t take those away. I can still recall how comforting sucking my thumb used to be though. Thankfully, my parents were not that aggressive with putting nasty tasting things on my thumb because if I consider, from my preschool perspective, what it would have been like to go cold turkey on the non-nutritive sucking, I feel anxiety. There is a reason for that. Actually, there are a few benefits of non-nutritive sucking that few parents realize when they are trying to break their baby of their habit. 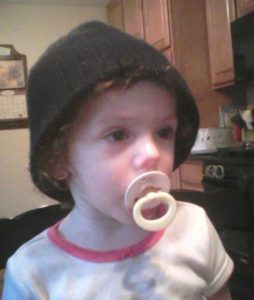 Here’s where I need to mention that I am not a dentist or an orthodontist. I’m not suggesting you do or don’t allow your little one to self wean from a paci or thumb. I’m merely suggesting that you consider that there is a point to it. Conversely, as mothers, we do have to consider what this will do to our children’s teeth and bites. Ideally, all children would be breastfed and we could provide sucking satisfaction in a way that is absolutely healthy. I know from first hand experience though that life is not always ideal.

One article written by a dentist fairly tackles the tough discussion about how long children can use a pacifier or thumb suck before it risks permanently damaging the mouth. In some cases, in younger mouths, negative effects will naturally correct themselves.  Also, the author points out that the right kind of pacifier will do much less damage than thumb sucking or the wrong kind of pacifier. She explains it all here.

Ultimately though, if you decide it’s time to try to break the habit, I have no advice or experience on what will be most successful. If I may make one suggestion though… Lots of extra snuggles and hugs never hurt anyone during a difficult time.