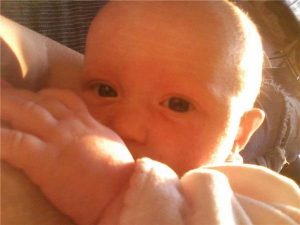 MRI results show the dramatic impact that breastfeeding has on the brain development of babies. A study out of Brown University was able to find actual evidence that by the age of 2, babies exclusively breastfed (for at least three months) babies had greater development in important areas of the brain compared to both children who were fed formula exclusively or who were fed a combination of formula and breast milk.

The areas of the brain that were shown on MRI images to have more pronounced growth were the areas that are associated with emotional function, cognition, and language.

The findings are reported in NeuroImage and are available online.

The MRI technique that was used looked at the structure of the tissue that helps different parts of the brain communicate with each other. Myelin is the fatty part that insulates nerve fibers and helps send electric signals through the brain. The amount of myelin in a baby’s brain is increased with breast milk.  The difference was around 20 to 30 percent.

After that, the researchers took their info and used basic cognitive tests to see if there was real life differences that this equated to, but as expected, the cognitive tests found better visual reception, better language abilities, and better motor control in the breastfed babies.