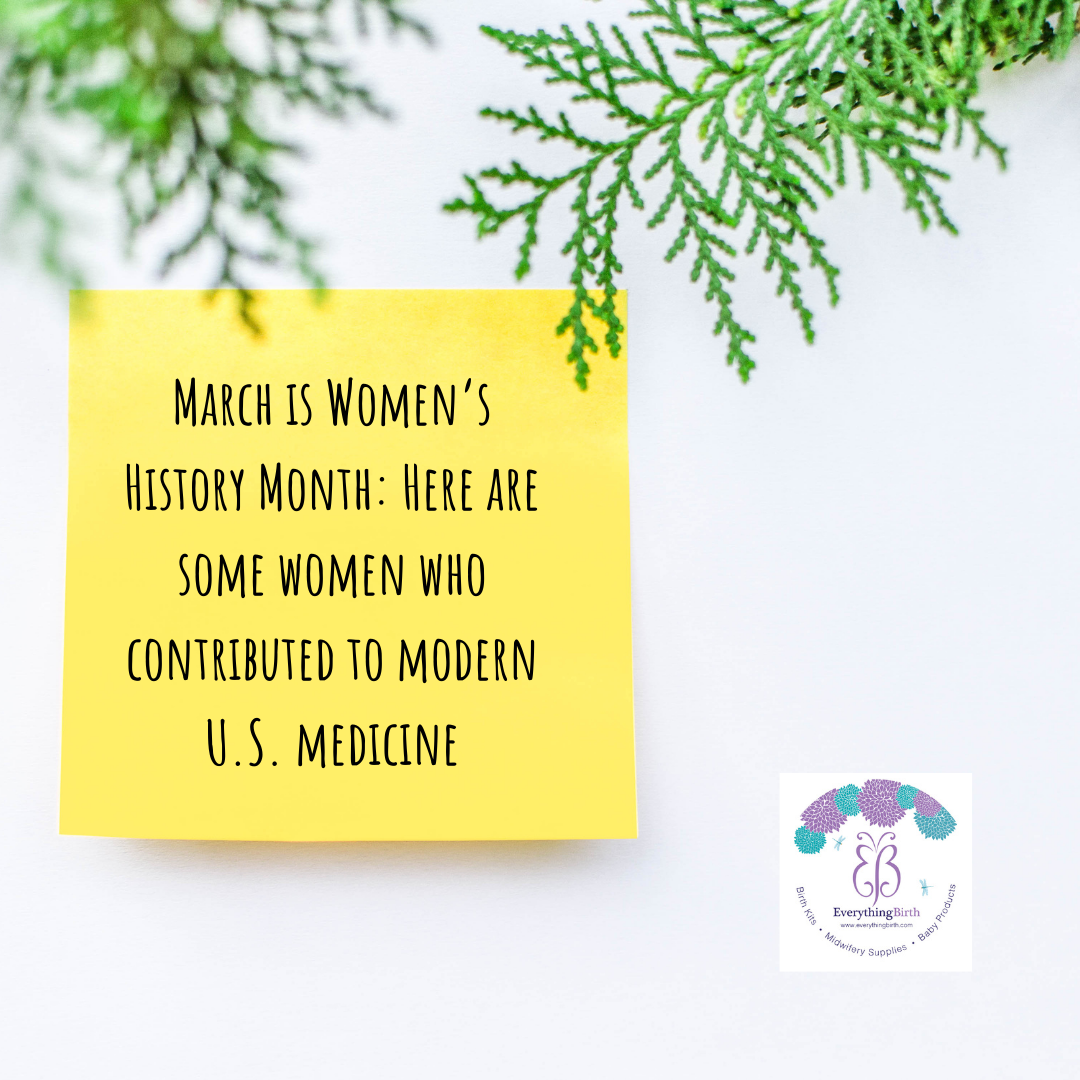 March is Women’s History Month and over the course of history, many women have contributed to modern U.S. medicine.

From the first woman to receive a medical degree to women who made advances in midwifery and obstetrics, here are a few of note.

Elizabeth Blackwell is one of the best-known women of U.S. medical history. She’s the first American woman to earn a medical degree. She helped train Civil War nurses and she also worked to start a clinic for women and children in New York. She helped establish a medical school for women in Great Britain as well.

Rebecca Lee Crumpler was the first Black woman to earn a medical degree in the U.S. After the Civil War, she used her training to care for freed enslaved people and then, she worked to help overcome racial issues.

You have probably heard of the Apgar test, which is used to check on newborns shortly after birth. It was developed by Virginia Apgar and is still used to this day.

She was an anesthesiologist and had an interest in childbirth.

Childbirth in the early 1900s was dangerous for women, but Mary Breckinridge sought to change that. In her home state of Kentucky, she knew women didn’t have access to quality care, so she went to Great Britain, trained as a midwife and then returned home to found the Frontier Nursing Service, where she treated the state’s poorest women.

Probably one of the most famous midwives in the world, Ina May Gaskin changed the way we see birth. She founded The Farm, a commune in Tennessee, and is credited with sparking the modern home birth movement – and she also inspired a generation of midwives.

At Everything Birth, we celebrate the contributions of women all year long.